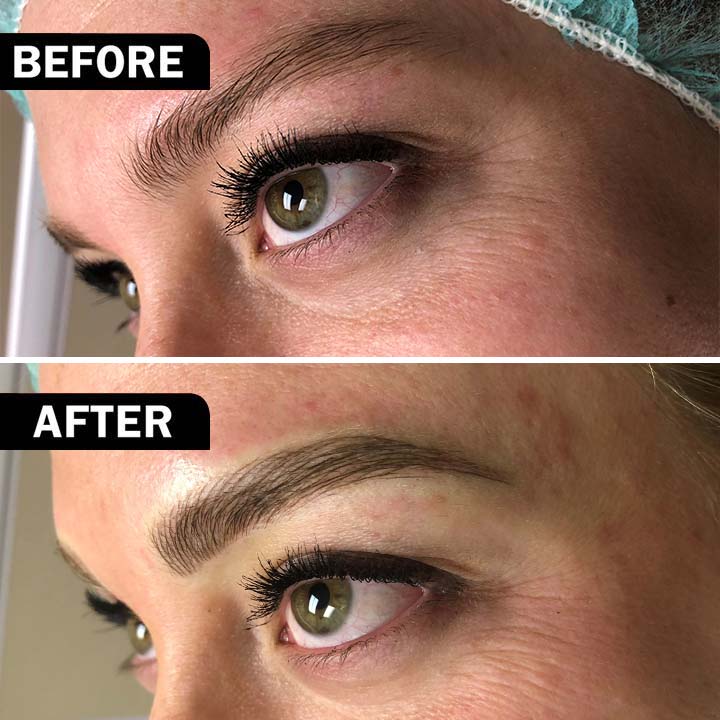 Microblading is a tattooing technique in which a small handheld tool made of several tiny needles is used to add semi-permanent pigment to the skin. Microblading differs from standard eyebrow tattooing because each hairstroke is created by hand using a blade which creates fine slices in the skin, whereas eyebrow tattoos are done with a machine and single needle. Microblading is typically used on eyebrows to create, enhance or reshape their appearance in terms of both shape and color. It deposits pigment into the upper region of the dermis, so it fades more rapidly than traditional tattooing techniques, which deposit pigment deeper.

Microblading is also sometimes called embroidery, feather touch or hair-like strokes. We can create different patterns but feather strokes are my favorite.